Turning your hobby into a real professional career is what a lot of creatives pursue. Yet to accomplish this, you need to gain a lot of experience and practise. Exactly the thing we talked about with videographer Jacco in this blogpost. You will find out how Jacco got interested in the videography field and how his internships opened his eyes to this challenging and exciting creative domain.

Meet Jacco, a 21 year old from Leeuwarden, the Netherlands. In 2018, Jacco started his freelancing career in video production. Shooting and editing are his passion.

“Making ‘after-movies’ of my travels got me into video. I think that’s definitely when it all started.”

After finishing his MBO studies and completing two internships in filmmaking, Jacco realized it was time for him to improve his knowledge. So he enrolled into the Film Academy in Amsterdam and still continues to improve his video production and editing skills.

Film was something Jacco was always interested in: “I realized the importance of editing and that a film really comes together during that final stage, the editing process”. This is why he decided to start learning more about it.

“For me, a film really only comes together during the editing process”

In 2018, Jacco went to Malta on an exchange project with some fellow students. “We did an internship at a film production company. We really learned a lot and it was a totally different working process”. After that, he did another internship, this time at YouBrand, a Leeuwarden based creative agency for film and video. “This internship really shaped what I now know about editing, it really helped improving my skills. When I started there, it was a small company with around three people. My internship coach taught me so many important things starting from the very basics to the more complicated stuff”.

At first, Jacco thought he wanted to specialize in making commercial films and after-movies. However, he soon realized that there is so much more than just that. “I decided to explore filmmaking from an editing perspective further”.

Freelancing and studying at the same time

“My studies are mostly focused on editing, and only 5 people per year get accepted on this academy so I feel pretty honored and lucky to have gotten in”. “Freelancing while doing a full-time study can sometimes feel as ‘too much’ but I’m learning to manage my time better between studying and working”.

At the moment Jacco is working on a video project for a museum. For Jacco, such projects besides school work are really good ways of stepping out of his comfort zone. “I think another really important thing is to not stick to one template or format. If you do, then all the creativity just fades away and the story in the video or film disappears”.

With a group of friends, Jacco also participates in the well-known 48 Hour Film Project competitions every year. “It’s a pretty intense process to make a film in just 48 hours – lots of stress but at the same time lots of excitement.”

Being asked why he spends his time on this, he says: “Practice makes perfect. Actually, it really helps me learn new things too. During the first time that we participated, we lacked knowledge and experience, yet that did not stop us from participating again. With more knowledge about gear and about how to write a script, the result keeps on getting better”.

In 2019, they decided to get a bigger team and raise some budget to up their game. “It was a really fun weekend and we ended up making a really nice short film in 48 hours. In the end – it’s the people I was working with that made the weekend fun and unforgettable”.

Their last project won two awards – one for best social media channel and one for the best use of props. “All the people from the team are still friends and it’s so nice to get together and reflect on that experience”.

Easy way to get gear you need!

Jacco recalls the first time he used Gearbooker to get the equipment he needed. “A day before a King’s Day event, I got a message about a shoot for which he needed 70-200mm lens. I did not know anyone who owned that lens and I did not have it myself, so I found Gearbooker and used it to look for such a lens. I found someone nearby that was offering it for rent, so we could use it the very same day!”.

As time went by and the platform gained more popularity, more and more people are adding new gear on it. The best thing about Gearbooker, Jacco says, is the diversity of equipment that is available on the platform. “You can practically find any gear you need. Not only lenses but also drones, and RED cameras and so on”.

Click to see Jacco’s Gearbooker profile. Or have a look at some of Jacco’s previous work on his own website. Perhaps he could become the editor for your next video project :)! 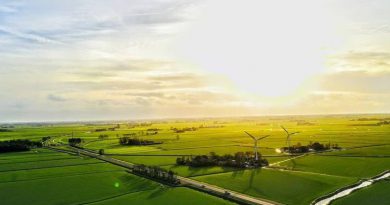 Flying drones: from hobby to professional Choosing the right lens: which do I need?