You might recognise those times when you’re unsure about the next steps in your life. Yet then you you suddenly realise you’ve known the answer all along.

This is the story of how Anneleen became the journalist who she is today. Passionate about travelling and exploring nature across the globe. In this interview, you will find out more about her career as a journalist, as well as how the idea behind her National Parks of Europe project was born!

Anneleen Ophoff, a freelance journalist primarily based in Belgium. After working 5 years for Flemish public broadcasting company VRT NWS, she decided to continue her career elsewhere. Currently, she works at Are We Europe as a as Head of Multimedia Stories. Since June 2020, Anneleen is the proud founder of the National Parks of Europe online platform.

“To be creative, you don’t have to stick to only writing books or creating exhibitions, but you can really explore all the mediums of creative expression available.”

Anneleen’s life as a journalist

Anneleen’s interest in artistic expression began already in high school. Yet, she was not always sure about what is it that she wants to do after. “When I was 17, I was abroad in Bolivia and I thought to myself – I am either going to be a journalist or pursue a career in documentary film. All of a sudden it became clear to me what I wanted to do. Almost as if I had known it all along”.

Anneleen started to work for the Flemish public broadcasting company VRT NWS for 5 years. She was part of a very specialised team that worked on conflict-related news topics. Mostly in the Middle East, Afghanistan, and a little bit of Africa. At the end of this period, she wanted to continue her career in a different direction. “Leaving VRT was a difficult decision for me, yet I needed some change. Instead of focusing on what was lost, I did a lot of thinking and started to understand which topics I am most passionate about”.

At the moment, Anneleen works as a freelance journalist. She is also working together with Are We Europe. This is an initiative to explore what it means to be European and how this identity is shaped. In this work, she experiments with ways to deliver stories in different formats. “For journalists it is quite common to stick to one certain topic or format (such as TV, radio, newspaper, et cetera), but I like diversity. The stories I work on for Are We Europe are like a part of a bigger ecosystem – you can have a written piece, produce a podcast, and so on about the same topic”.

National Parks of Europe – an idea born out of frustration

Journalism is not the only passion of Anneleen – she also enjoys travelling and exploring nature. She describes: “travelling abroad does not always mean sitting on the beach and doing nothing. Travelling can be so much more than that. Being a city resident gives you a lot of opportunities, but also deprives you from many things. Being in nature is like gaining a fresh perspective from every day city live. When I travel, I like to go places where I can see the jungle, mountains, waterfalls and all other beauty that nature has to offer”.

Sometimes ideas arrive in unexpected ways. In the case of Anneleen it was a road trip that opened her eyes to the true beauty of nature within Europe. However, Anneleen noticed during this trip that: “it was difficult to get an overview of all the parks that exist in Europe. These places were so hard to discover and find. Even the information you find is in the local language, and that made it even more difficult. Can’t we do something about this?”.

“The National Parks of Europe project for me is about raising awareness of the beautiful nature in Europe and unfolding them to the people of Europe.”.

There are more than 420 parks in Europe, most of them hiding entirely unique natural beauty that is unknown to most Europeans. In June 2020, Anneleen therefore launched her own project – National Parks of Europe. What initially was thought of as an idea for a potential book, has now become an on-going multimedia project about Europe’s national parks and reserves. Her project consists of guides about different parks, why they should be visited, how to get there, pictures of these parks, and so on.

A win-win for everyone

We got in touch with Anneleen because she is a very active user on Gearbooker, a platform to rent or rent out camera gear to or from other creative people. She says: “when you, like me, work on many different projects, you often buy a lot of gear. Because of the ever-switching role I am in, I always need some new equipment, but at the same time when I do not need this gear, it just sits in boxes and is going to waste”.

Instead of letting her gear acquire dust, Anneleen decided to post it on Gearbooker and allow other creatives to have access to it as well. “That is why I like this circular type of economy, like Gearbooker with the sharing of gear.”

“Instead of letting my gear collect dust, other creatives can now rent it and use it. It is really a win-win situation for everyone!”.

Not only Gearbooker lets you share your gear, it also brings you in touch with a lot of other creative people.  Anneleen tells a story about how someone who previously rented her gear, only to turn out to be a co-worker of her later on. “A few days later I saw him at work and I was like – you know it is me, right ? Perfect conversation starter!”.

If you want to see more of Anneleen’s work or maybe rent a piece of her equipment? Check out her website or rent a camera from Anneleen.

Also, make sure to check out her multimedia project National Parks of Europe. Who knows maybe you’ll find a park you want to visit the upcoming summer! 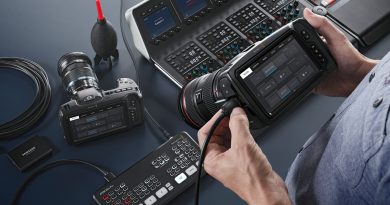 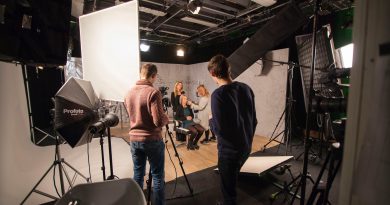 The filmmaker and his popcorn machine