The Canon EOS R5 and the Nikon Z7 II: two of the best mirrorless cameras on the market today. In this post, we compare these two feature-packed cameras to help you figure out which one is right for you..

Both the Canon EOS R5 and the Nikon Z7 II are aimed at photographers and filmmakers who need a high-resolution camera. The EOS R5 delivers 45 megapixels and the Z7 II offers 45.7 megapixels. The main difference is that the Canon EOS R5 is also intended for high-speed action photography, resulting in a higher price: approx. €4000 versus approx. €3000. More on the specs later so you can see why the Canon EOS R5 is more expensive. focuses on action photography. Let’s first look at the build quality and appearance of the two cameras. This is what the front of the EOS R5 and Nikon Z7 II looks like:

Most of the controls for both cameras are on the back and top, so let’s take a look at them.

To start with, the rear controls layouts certainly have their differences in some specific button placement, but both cameras have a similar high-end layout overall. Both have a joystick and a dedicated AF-ON button, and most of the controls are on the right:

The tops are also fairly similar, although you can see that Canon uses a Mode button while Nikon has opted for a standard PSAM dial.

While these different control layouts are important, and as a potential existing Canon or Nikon user you will probably already have your preference, the main differences between the Canon EOS R5 and Nikon Z7 II lie in the specifications rather than the appearance. So let’s take a closer look at that:

While both cameras have their strengths, these specs should make it clear why the Canon EOS R5 costs around €1000 more than the Nikon. It all has to do with processing larger amounts of data.

The Canon EOS R5 can shoot a remarkable 20 FPS despite its 45 megapixel sensor, while the Nikon Z7 II is capable of up to 10 FPS in comparison. While 10 FPS is still very respectable (and more than enough for most applications), it’s quite remarkable that the EOS R5 manages to shoot twice as fast. Even more important for many sports and wildlife photographers is the buffering capacity: the number of photos that can be taken as a quick burst before the camera slows down or stops. The EOS R5 has a huge buffer of 180 images, while the Nikon Z7 II has a buffer of 77 images in comparison – still good, but less than half that of Canon. Given that both cameras have essentially the same resolution, it’s pretty remarkable how much more data Canon can push down the pipeline to enable these FPS and buffer amounts.

If you don’t need to shoot fast action, you may wonder if the above matters to you. As a landscape and architecture photographer, you might be wondering why on earth anyone needs 20 FPS and a 180 frame buffer. But if you want to capture high-resolution wildlife or sports photography, the EOS R5 is well suited to the task. The Nikon Z7 II, while certainly not bad at it, is a bit more behind in this.

Trying out the Canon EOS R5 or Nikon Z-series?

When it comes to autofocus, both cameras excel at focusing on static subjects, and their low-light AF performance is comparable. The same is true if a person’s face or an animal’s eye is visible in the frame; the EOS R5 and Z7 II can track eyes with fantastic speed and accuracy.

In terms of more mainstream subject tracking – things like birds in flight or airplanes – however, the Canon EOS R5 is a clear step ahead of the Nikon Z7 II. While the Z7 II generally has a solid and capable autofocus system, it’s not as focused on jamming and fast-tracking subjects as the EOS R5.

Videographers will probably prefer the Canon EOS R5 because of the 8K video function, considerably more than 4K video. (each frame in 8K video is 35.4 megapixels versus ‘just’ 8.3 megapixels in a 4K still). And if you don’t need 8K, the Canon EOS R5 can also record 120 FPS slow motion 4K video, while the Nikon Z7 II hits up to 60 FPS slow motion 4K. The Nikon Z7 II is certainly not a small one when it comes to video, but it is currently no match for 8K or 4K 120p video resolution.

Of the advantages that the Nikon Z7 II has compared to the Canon R5, we mention two striking ones here: ISO 64 and the purchase price. At ISO 64, the Nikon Z7 II has a better dynamic range than the Canon EOS R5 by about 2/3 stop, which may be of interest to some landscape photographers in high-contrast scenes (for example, sunset shots). But the biggest advantage of the Z7 II is simply that it costs considerably less than the Canon EOS R5. For the price difference, you can purchase an excellent Nikon Z-serie prime lens or upgrade your tripod, both of which will improve your image quality more than the Canon EOS R5..

If image quality is your starting point, then the two cameras are practically identical. There’s the basic ISO 64 advantage of the Nikon Z7 II, but once you get into the split ISO range, the two cameras are neck and neck. So for low-light photography at high ISOs you won’t get cleaner images anyway; instead you have to have it at the maximum aperture of your lens.

The Canon EOS R5 can send at least twice as much data per second through the pipeline as the Nikon Z7 II, for both stills and video. That’s the main reason why the R5 costs almost €1000 more. The more advanced autofocus tracking system also plays a role here.

Not all photographers and videographers need these features. If you don’t, there isn’t much of a difference between the Canon EOS R5 and Nikon Z7 II. Of course they exchange pennies here and there with various specifications, and they clearly have their own ways of use, but that has always been the case with Nikon and Canon.

There is therefore no immediate reason to switch from Canon to Nikon or vice versa. Switching to another brand is usually not a good idea unless you are willing to spend a lot of money.&nbsp; Not only to the camera itself, but also to the rest of your eco-system such as lenses, flashes, batteries and so on. Camera brands continue to outdo each other. The EOS R5 is currently ahead of the Nikon Z7 II, but Nikon has no doubt noticed this and will try to make its next iteration even more competitive. And so it goes on and on.

If you’re still blank in your choice for either the Nikon or Canon brand, the Nikon Z7 II should be considered for landscape photography simply because of the lower price, and also because the benefits of the EOS R5 don’t really matter for most types of landscape photos. On the other hand, the EOS R5 is preferred if you shoot a lot of wildlife or sports. (if you don’t need extreme resolutions, but want the high FPS and tracking capabilities, the Canon EOS R6 might be an even better choice). If price isn’t an issue, go for the EOS R5, because it can do some things the Nikon Z7 II can’t, while the opposite isn’t true.

Test before you buy?

Is it worth an upgrade if you own a Nikon Z7 (first generation)? Of course, it’s always nice to be able to use a new camera. One can only wonder whether the Z7 ii offers enough additions to justify an upgrade. As a Nikon shooter, have you not yet switched to mirrorless? Then the Nikon Z7 II is definitely worth a try. 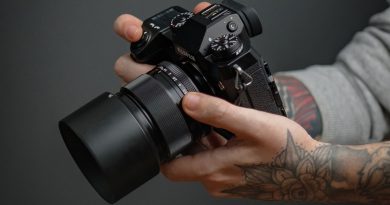 Best reasons for switching to a mirrorless camera

Most popular equipment of 2020